NORWAY; I pray for change

I was born and raised in Norway by my Norwegian mother and British father. It became apparent quite early on that i acted and wanted quite different things than other children around me. I was a creative and my heart was dedicated to music. My father came to Norway as an international Dj, and i grew up with music as a part of everyday life. My mother was also from a very musical family so i was very much blessed. Blending in with the Norwegian culture has always been a challenge for me. Growing up I was bullied for my fathers last name that unfortunately didn't mix well in the Norwegian language. I was kicked, laughed at and teased for being different. I was always on the stage either singing or presenting, and started playing the piano at the age of seven and composing my own songs by the age of fourteen.

I always knew this was my passion in life, but because of the abuse from other children and the constant feeling of not fitting in, it created such a low self-esteem that i eventually didn't follow the path of my creative talent. I decided to move out of Norway and excelled with my music and creative ideas. And every time I travel back to Norway to visit family and friends it's like this dark energy comes out of no where.

In the Norwegian culture it has always been a challenge for creatives to freely express themself and be different. In a discussion with a friend of mine he pointed out that Norway's national symbols are rooted in anger and despair, as the trolls (mythical creature), Scream ( painting by Edvard Munch) and the national statue in Oslo the angry boy "Sinnataggen" that denotes aggression and anger. People in Norway are often described as cold and difficult to get to know. I have always had ambition and followed my heart although the criticism drove me to dark places I myself had to find a way out of.

We have this Christmas had some very sad news, Ari Behn an artist, author and ex husband to our wonderful princess Martha Louise has committed suicide. As an affect of that I have for days read about people raising the topic of how difficult it is to be a creative in the Norwegian society. People are praising him for being different, for expressing his creative side and for daring to show his passion. In his book "Sad as fuck" there's fifteen short story's about people trying to find their place in the world. He was criticized in media for almost everything he did and said. Norwegian tabloids and media have made a fool out of him and published story's that weren’t even true. I wonder, why is the Norwegian culture so against people that don't follow the norm, that are different and creative?

It got even more crazy when the princess Marthe Louise after being divorced to Ari Behn since 2016, decided to date Shaman Durek Verrett. Norway wen't absolutely ballistic, and dragged him in the media like he was some sort of evil man. How can he be evil if he is working to spread love and light to humanity? He is a source of inspiration, he is a wonderful friend and lover to our beautiful princess Martha Louise. Speaking about the princess, she has also had her share of criticism from the media for being alternative and speaking to angels. She started up an angel school and inspired thousands of people, unfortunately it was closed down in 2018.

Dear Norway, I pray for change

I pray that lower frequency's and vibrations of anger, jealousy and hatred will be eliminated

I pray for change

NORWAY; I pray for change

The 5D shift of human consciousness 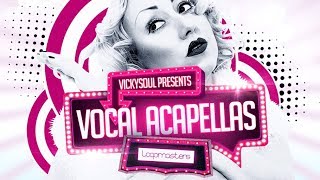 Thinking is a proper job